The other day I was returning home from work on the train, it had been a particularly fraught and long day and therefore my frame of mind was similarly clouded. There were a number of other passengers already in the carriage when I entered, sitting in the rather shabby green striped seats, some chatting with their fellow travelling companions, others reading books or newspapers, most just gazing out of the windows, minding their own business. I selected a free seat, without much aforethought and as the train pulled I away I looked forward to the conclusion of the journey when I’d arrive at the small apartment I call home. Although if the truth be known, I was more looking forward to a large glass of red that would be the first thing I’d attend to upon entering.

I like some of my fellow commuters without companions or other diversions of the various forms of written words, gazed out of the window and the scenery rushing passed at an unknown speed. However my absentminded mental meanderings where drawn back from the world outside the carriage to two young gentlemen sitting facing each other across the aisle from my position.  There were tossing banter between themselves, whilst they weren’t unduly loud, due to the close proximity of the seating in the carriage, I couldn’t help but overhear their exchanges.  They were jolly as their word play went back and forth like a ball between rackets in a game of tennis and whilst perhaps they were not always the most verbally dextrous utterances, all seemed to contain an element of humour and jollity. It amused me and whilst I tried not to listen, I couldn’t help myself, occasionally smiling along with a particularly funny remark or verbal volley.  Of course, my interest was also held by the fact that these two gentlemen, of early twenties estimated age were rather easy on the eye,  furthermore,  one was captivatingly pretty and yes, I do mean pretty. His face, pure and unblemished, his dark hair cut short in a modern, yet timeless style, his eyes shining brightly and reasonably well sized red lips rendered his face an almost jaw dropping beauty. Repeatedly during the slightly camp oral bat and ball game, he referred to himself by name, Michael Wilson, a name that entered my conscious mind and has since never left, a name that has sounded itself during dreams and more wakeful moments. My mood was lifted beyond any expectation or probability and thus as the train arrived at my station I really should have offered him, them, a heartfelt thank you. 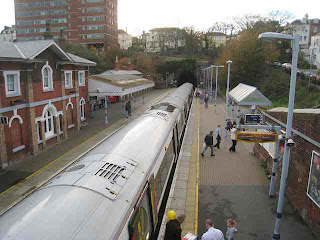 I saw his face, I know his name, he’ll never know mine and yes, he was only a stranger on a train, our lives overlapped for less than thirty minutes, yet I know I’ll remember him and that moment forever. So wherever you are, whatever you’re doing, Michael Wilson, I thank you sincerely. 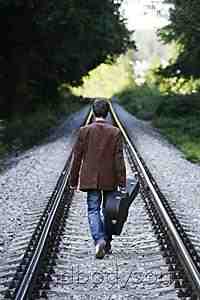